Fascism in the Countryside?

Political mobilization and anti-Jewish violence in Poland of the 1930s 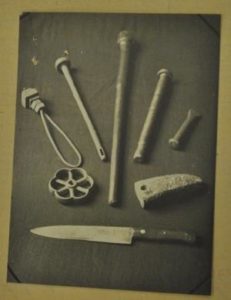 The 9th March 1936 pogrom in Przytyk is the most well-known, among the many acts of collective anti-Jewish violence throughout Interwar Poland. The current academic consensus is that these were “spontaneous” and “unplanned”, driven by economic crisis and centuries-long rural traditional antisemitism.

Using recently available archival, memoir and press sources, Dr Kijek presents a quite different analysis – namely that this was result of an elaborate plan by certain urban elites to “import” modern radical anti-Semitism and fascist political culture into the Polish provinces, so as to establish a new radically modernist right-wing culture among peasants and provincial town dwellers. He shows how radical Polish nationalists tried to recast their own militarism, modernist symbolism – “new beginning”, “cleansing Poland of the Jews” – radical anti-Semitism, and especially their violence, as “indigenous Polish nationalism”. The consequences of their success in planting elements of fascism in 1930s Polish political culture can be seen not only in the last years of the Polish Second Republic, the Second World War and the Holocaust, but even now, with today’s Polish national radicals having considerable success presenting themselves as having no connection to European Interwar fascism.