The Institute for Polish-Jewish Studies is proud to support the forthcoming staged reading of ‘The Ceremony’, the new play by Eva Hoffman, dealing with Jedwabne and the memory of interethnic violence, to take place on May 21 at JW3. 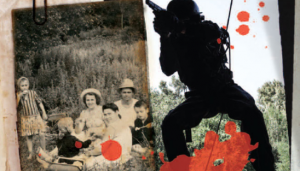 ‘The Ceremony’ powerfully dramatises a dark, but urgently relevant subject: the dark patterns of ethnic and religious conflict, the tensions and latent prejudices which lead to its unleashing, and the possibilities of stopping it in time.

Set at a commemorative ceremony in a small Polish town where, during WWII, a massacre was perpetrated by neighbours upon neighbours, the
play alludes to events in the past – even as it confronts us with violence unfolding in another part of the world, right now.

For Eva Hoffman, who grew up in Poland as a daughter of Holocaust survivors, the play reflects her own deep involvement with the issues it raises, as well as her thinking and writing about the tangled causes of ethnic and religious conflict, the long aftermath of terrible events in the lives of subsequent generations, and the possibilities of rectifying great wrongs.

We feel that it is particularly important to bring ‘The Ceremony’ to the British public at a time when Holocaust denial is once again in the ascendant, and when we are once again witnessing outbreaks of fanatical violence in many parts of the world.

The play will be directed by Braham Murray, the distinguished founding Artistic Director of The Royal Exchange Theatre. The staged reading is being undertaken as a co-production with JW3.

In order to book a place to this unique event, please follow this link: