In cooperation with The Polish Cultural Institute and UCL Department of Hebrew and Jewish Studies. 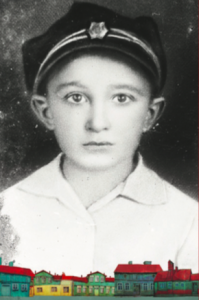 Chaim Berman was a Jewish photographer born in 1890 in Kozienice, a small Polish town with a mix of Poles, Jews, and Germans. He was actively engaged in and committed to the town’s communal life, becoming a town councillor and the Mayor. When the political mood turned darg in the 1930s, Berman continued to argue for peaceful co-existence and mutual support, refusing to leave Poland because of his firm belief in a political situation. However, the Nazis invaded, and Berman found that friends turned into mortal enemies – and that those previously unfriendly tried to save his life. His Polish neighbours hid Berman and his son Amos in their tiny basement. But then Berman became ill, putting the whole family at risk, and a decision had to be made.

Using elaborate animation inspired by the works of Marc Chagall and by naive painting from the Kozienice region, and with Berman’s legacy of approximately 10,000 portraits on glass negatives, director Pawel Siczek takes us on a journey through the tides of a turbulent European century and tells the moving story of a man whose beliefs were more advanced than the world in which he lived.

In Polish with English subtitles