25 October 2017: Vilne Komitet and the Destruction of Polish Jewry

Institute for Polish-Jewish Studies in partnership with the Wiener Library

The Vilna Committee 1939 – 1941: The first link in the chain of documenting the Shoah 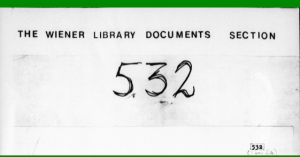 This evening is dedicated to the ‘Vilna Committee’, a group of journalists and academics who decided to document German atrocities against Jews in the first stages of World War Two. Set up by Noyekh Prilutski, a well-known Polish-Jewish politician who had fled from Warsaw in September 1939, the Committee intended to “collect material on the destruction of Polish-Jewry in 1939.
The achievements of the Vilna Committee were virtually forgotten until Miriam Schulz, an intern at the Wiener Library, realised in 2012 how important an overlooked folder in Yiddish in the Library’s basement was, as it contained the documentation of German atrocities against Polish Jews during the military campaign after the attack on the Republic of Poland which started September 1,1939. Collected by a group of around sixty journalists, academics and public intellectuals, these documents are now regarded as the first link in the chain of documenting the Shoah. Miriam Schulz’s translation from Yiddish allow us to better understand this early period of the Holocaust, including the early insight of the members of the ‘Vilna Committee’ that Nazi Germany was intent to destroy Eastern European Jewry.
Miriam Schulz, MA, is a graduate student of Yiddish Studies at Columbia University, New York City. She is a PhD Candidate and Teaching Fellow in the Yiddish Studies Department, Harriman Institute, Columbia University, where she is working towards her dissertation, entitled “A Comprehensive History of the Jews of the Soviet Union”. Recent publication: “Der Beginn des Untergangs: die Zerstörung der jüdischen Gemeinden in Polen und das Vermächtnis des Wilnaer Komitees“ (“The beginning of the downfall: the destruction of the Jewish communities in Poland and the legacy of the Vilnius Committee”) by Miriam Schulz, published November 2016. 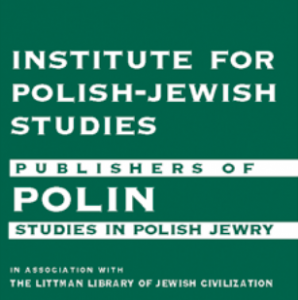