21 May 2019 Holocaust survivors and Holocaust Historians. How do their narratives differ?

Holocaust survivors and Holocaust historians – How do their narratives of the past differ?

In Cooperation with the Wiener Library 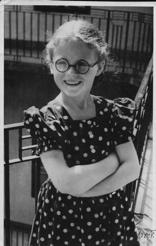 This event was conceived following an exchange between Tim Cole, historian of the Holocaust and its representation, and Agnes Kaposi, a Hungarian-Jewish survivor of the Debrecen ghetto, during a conference organised by the Institute for Polish-Jewish Studies on Polish- and Hungarian Jewish history earlier this year. The exchange focused on what we know about the establishment of Nazi ghettos in Hungary, and how the experience of a former inmate of such a ghetto squares with the historian’s assessment. How do we accommodate different perceptions and assessments? How do the two sides speak to each other?

This evening offers an opportunity to think about historical knowledge, the position of the witness, the contribution of the historian, and their relationship, which at times is not without tension. It is also an invitation to challenge both – as Tim Cole and Agnes Kaposi put it in preparation of this evening: Should we give credence to the historians? Should we give credence to the survivors?

Agnes Kaposi was born in 1932 to a Hungarian-Jewish and socialist family and as a child survived Debrecen ghetto and labor camps in Austria. After the war, she returned to Stalinist Hungary and graduated from the Budapest Technical University and worked as an electronic engineer. Among others, she contributed to the Hungarian TV broadcasting infrastructure. After the 1956 Uprising against Communist rule, Kaposi left Hungary to work as industrial and academic researcher in the Telecommunication and Computer industries. She is Fellow of the Royal Academy of Engineering and emeritus professor in electrical engineering at London South Bank University.

Antony Polonsky is Chief Historian of the POLIN Museum of the History of Polish Jews, Warsaw and emeritus professor of Holocaust Studies at Brandeis University. He is co-chair of the editorial board of Polin: Studies in Polish Jewry, author of Politics in Independent Poland (1972), The Little Dictators (1975), The Great Powers and the Polish Question (1976), and co-editor of The neighbors respond: the controversy over the Jedwabne Massacre in Poland (2004). His most recent work is The Jews in Poland and Russia volume 1, 1350 to 1881; volume 2 1881 to 1914; volume 3 1914 to 2008 (2010, 2012), published in 2013 in an abridged version The Jews in Poland and Russia. A Short History.