Agnes Kaposi – Lessons of a Life 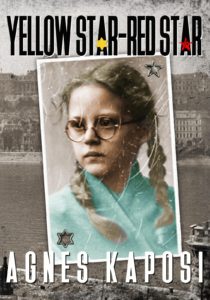 Chairman of the Institute for Polish-Jewish Studies, concluding with a Q & A.

In cooperation with the Wiener Library, London

Agnes Kaposi was born in 1932 to a Hungarian-Jewish and socialist family and as a child survived Debrecen ghetto and labour camps in Austria. After the war, she returned to Stalinist Hungary, graduated from the Budapest Technical University and worked as an electronic engineer. Among other projects, she contributed to the development of the Hungarian TV broadcasting infrastructure. After the 1956 Uprising against Communist rule, Kaposi left Hungary for England, to work as industrial and academic researcher in the Telecommunication and Computer industries. She is a Fellow of the Royal Academy of Engineering and emeritus professor in electrical engineering at London South Bank University. Her experiences shaped her worldview, that truthfulness is at the core of civil society. Her memoir Yellow Star, Red Star, written in cooperation with the Hungarian historian Laci Czösz, goes beyond the recollections of a Holocaust survivor – it is an appeal to all of us to defend truth.